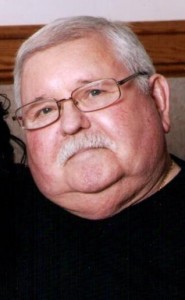 Glenn B. Meteyard, age 79, passed away at home on January 8th, 2015 surrounded by his loving family.

He grew up inRacineand entered the Army in 1953.

Glenn was united in marriage with the love of his life Sally J. Hanson on January 31st, 1956.

Glenn started working for the City ofRacinein 1956 and worked his way up to Superintendent in 1981. He then retired in 1990 with 33 years of service to the city.

He was preceded in death by his parents Glenn L. and Evelyn (nee: Dick) Meteyard, his loving wife of 31 years Sally (nee: Hanson) Meteyard, his brother David C. Meteyard and his wife’s parents William and Nellie (nee: Wheeler) Hanson.