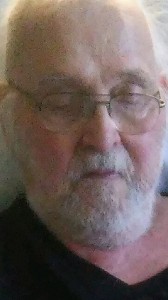 Gerald was born in Iron Mountain, Michigan on November 8, 1938 to Wesley and Dorothy (Sullivan) Davis.

After high school graduation, Gerald joined the U.S. Navy, where he served for 14 years. In 1975, he married Karen Mulder. They raised 3 children together. He made his living as a millwright at AMC/Chrysler.

Hunting, fishing and trapping were Gerald’s hobbies and he made his own knives by hand. He was an award-winning pool player, and liked to collect old comic books. He will be dearly missed by his “World of Warcraft” team mates.

Surviving Gerald are his wife Karen Davis of Salem, his sons James (Jeanette) Davis of Lake Geneva, and Michael Davis of Salem, and his daughter Geri Davis of Kenosha. He is further survived by his grandchildren Christopher, Austin, Jennifer, Joshua, Michael, Faith, Conner and Brandon and by his brother Charles (Janet) Davis.

Gerald was preceded in death by his parents and by his sisters Elaine and Elizabeth.

A Memorial Service for Gerald will take place on Friday April 7, 2017, at Christ Lutheran Church in Paddock Lake at 11:00AM. Visitation with the family will be on Friday the 7th from 10:00 until the time of services.

Gerald’s family offers a special thank you to the staff of Burlington Health and Rehab.