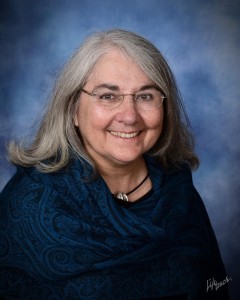 The Reverend Georgette Irene Wonders, age 61, a resident of Kenosha passed away Friday April 11, 2014, surrounded by her loving family due to injuries sustained in a car accident.

Georgette was born July 23, 1952 in Big Springs TX to Samuel and Joyce (Sturtevant) Wonders. The family moved to Chicago Heights IL and Georgette graduated from Bloom High School in Chicago Heights as the Valedictorian of her class. She received her Bachelor’s degree in philosophy from San Jose State University and went on to receive her Masters degree in Divinity from Seattle University Jesuit Seminary in 2001.

In 1978 she was blessed with a son Andrew. Her greatest joy was the talented, kind, compassionate man that Andrew has become. She was especially proud of the way that he fosters his love of music with the children of Seattle.

On August 9, 2003, at Rochester Unitarian Universalist Church in Minnesota, Georgette was united in marriage with the love of her life the Reverend Hope Engeseth who works as a hospital chaplain.

Georgette had a rich and varied professional life before she was called to the ministry. In May of 2002, Georgette accepted the call for settled ministry at Bradford Community Church Unitarian Universalist in Kenosha and was ordained there by the church that following fall. Georgette was extremely committed to her beloved church family and had just recently announced her planned retirement and was helping them pave the way for continued ministry. Reverend Wonders was a very active force in the Kenosha Clergy Association, Congregations United to Serve Humanity and the NAACP. She took great joy in extending the message of love and social justice to all members of the Beloved Community.

In her spare time Georgette enjoyed a myriad of creative outlets. She was a passionate knitter, gardener, soap maker, baker, jewelry maker, poet reader and wordsmith. She loved music, especially the Arlo Guthrie and Pete Seeger music on which she was raised. In her early days in San Jose, she was an avid supporter of the burgeoning women’s music scene and once let a young Melissa Etheridge sleep on her couch when she sang a concert in the area. She had many plans for her retirement including travel and time spent with Hope and her family. She was busy making plans to become a toy maker in the next phase of her life.

Georgette was preceded in death by her brother Jabez “Andrew” Wonders, her brothers in law Tim Keefer and Elvin Engeseth and her mother in law Ramona Bloom.

In lieu of flowers, memorials to Bradford Community Church Unitarian Universalist, C.U.S.H. (Congregations United To Serve Humanity) or the Shalom Center would be appreciated.