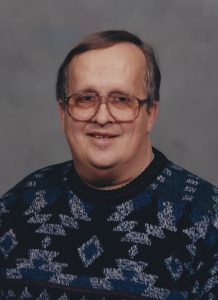 George A. Jakubowski Sr., age 74, passed away on February 13, 2020 at Froedtert South Kenosha Hospital. The son of Steve and Mary Jakubowski, he was born in Athens, WI on April 24, 1945. He relocated to Kenosha with his family as a young child. Having attended local schools, George proudly served in the U.S. Army from 1970 – 1972 in the theatre of Vietnam. George worked for 22 years at Snap-On in Milwaukee until his retirement. One of the highlights of his life, was participating in the “Snap-On Honor Flight” to Washington D.C. honoring their veteran employees. He was known as the family genealogist, a great bartender and jokester and an all around good guy. He was a member of St. Anne’s Catholic Church, the VFW, the American Legion and KAVV.

He was preceded in death by, his parents; his siblings, Edward, Irene Stubbe, Raymond and LeRoy and a sister-in-law, Mary Jakubowski.

George is survived by, his loving companion of 35 years, Lynn Novy; his sons, George II (Heidi) and Scott Jakubowski; his grandchildren, Sean, Nikayla, Jayce and Elvis; two brothers, Bob (Vania)  and Steve (Paula) Jakubowski; his sister-in-law, Jean Jakubowski as well as many nieces, nephews and his fur babies, Kitty and Rocco.

A Mass of Christian Burial for George will be held at 11:00 A.M. on Tuesday, February 18, 2020 at St. Anne’s Catholic Church (9091 – Prairie Ridge Blvd). A visitation with the family will be held at the church on Tuesday from 10:00 A.M. until the time of Mass. A private burial at Southern Wisconsin Veterans Cemetery will be held at a later date. In lieu of flowers, memorials to the Stars and Stripes Honor Flight would be greatly appreciated.