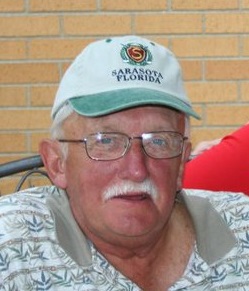 Gary Lynn “Wizard/Wiz” Petersen, died peacefully at Brookside Care Center on August 28, 2015 in Kenosha, WI at the age of 69.

Gary was born on July 29, 1946 in Kenosha, WI to William and Valiere (Anderson) Petersen. He attended local Kenosha schools and soon grew to love working in sales.   He began his career at Home Juice, working with his father and brother.  He then worked for Sears, Joerndt and Ventura, Phillips Brothers, Dearborn Wholesale and completed his sales career at Linear Rubber.

Gary was well known locally for his athletic abilities.  He excelled at softball, specifically pitching, and traveled all over the United States competing in tournaments.  He played on two World Championship teams and was declared the World Championship Tournament MVP in 1973.  He was inducted into the Kenosha Softball Hall of Fame in 2012.

He also excelled at golf achieving multiple holes in one, in both Wisconsin and Florida.  He was a member of the Saturday Morning Dixie Golf League.

If you didn’t find Gary on the softball field or golf course, you could find him at Dairyland Greyhound Park.  He so loved the spirit of racing and spent time with his friends enjoying this sport. He also enjoyed his afternoons playing pinochle with his friends at the Boathouse.

Over the years, Gary developed a passion for cooking. He never took formal classes, nor did he follow recipes. He loved to cook for his family and close friends on special occasions and for no occasion at all. His specialties were Italian chicken, beef roasts, ribs and meatballs.

Anyone who knew and loved Gary appreciated his sense of humor, his zest for life and how he lived life to its fullest.  As quoted in the ‘More Kenosha Softball’ book, Gary was also very proud of “the way he could fire up the crowd, especially the oppositions’ fans”.  We all know how mischievous he could be when lovingly teasing his friends and family.

Although Kenosha was his home, his heart belonged in Florida.  He loved the sun, golf, Siesta Key Beach and relaxing with friends. Gary lived in Sarasota for five years but returned to Kenosha in 1988 after the birth of his first grandson.  After moving home, he continued to visit his favorite place twice a year.

Gary was loved by all who were lucky enough to have met him.  He is survived by his three children; his daughter, Amy (Don) Borden, and his sons, Jack and Scot Petersen and by his three siblings; his brother Jack (Mary) Petersen, and his sisters Carol Mosey and Dr. Constance Knop. Gary is further survived by his six grandchildren; Matthew Petersen, Blake and Zach Borden, Paige Petersen, Isabella and Abigail Petersen and by two great grandchildren: Matthew and Autumn Petersen.  He was preceded in death by his mother and father.

The family would like to thank the nursing staff at Brookside Care Center and Aurora Hospital (especially nurses Gary, Christine and Jill) for their care and compassion.