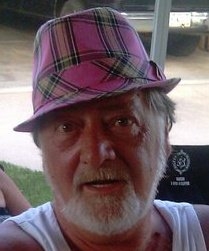 Frank A. Molinaro age 64 a resident of Kenosha passed away Monday December 27th 2010 at the Hospice House in Pleasant Prairie.

Frank was born on June 5, 1946 to the late Frank G. and Theresa (Juska) Molinaro in Kenosha WI. He was educated in the schools of Kenosha. Frank was a member of St. Anthony’s Catholic Church. Frank served his country in the U.S. Army as a Green Beret in Special Forces as part of the 82nd Division, during that time he awarded the National Defense Service Medal and the Parachute Badge. On June 17, 1976 in Kenosha, Frank married Judith Kos although they had been together since 1968. He was employed for 36 years as a die cast operator at OMC in Waukegan IL. Frank was an avid Harley enthusiast and Packer fan. He loved hunting and spending time with his family. He was very proud of his grandchildren and loved his dogs Skye and Shadow.

Frank was preceded in death by his parents, one brother Michael and one sister Elaine Kindschy.

In lieu of flowers, Memorials to the family, Hospice Alliance or Meals on Wheels would be appreciated.

Special thanks to Dr. Feuerbach, Hospice Alliance and Meals on Wheels.