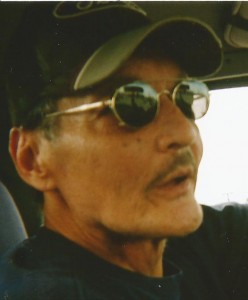 Edwin was born April 10, 1952 in Ironwood MI to Wallace and Signe (Kaupi) Nelson. The family moved to Kenosha when he was a young boy and he was educated in the schools of Kenosha. On May 19, 1973 he was united in marriage with Carol Neu at UnitedPentecostalChurch. They would later divorce.

Edwin worked at American Brass and also at J&J’s Siding. He loved to bowl and participated in the leagues at Sheridan Lanes. Edwin also enjoyed fishing, golfing and watching sports. He was an avid Packers, Badgers and Brewers fan. Edwin was known for his willingness to be of service; he would help anyone with anything. He was a kind and caring man with a heart of gold.

Edwin is survived by his mother Signe Nelson; his sons Richard Nelson of SelmaOR and Michael (Tegan) Nelson of Pleasant Prairie and by his daughters Shelly Thompson and Melissa Thomas both of Kenosha. He is further survived by his grandchildren Amanda, Aeriél, Alexis, Alaynah, Jacob, Chase, Kyler, Maci, Mia, Trista, and Kaden and his great grandchildren Mataeo and Sofia. Also surviving Edwin are his brothers Gary Nelson of Milwaukee and David Nelson of RiceLake and his sister Cheryl Saarnio.

Edwin was preceded in death by his father and by his brother Donald.

Funeral services will be held on Wednesday April 23, 2014 at 6:00PM at KemperCenter’s Founders Hall (6501-3rd Ave). A time for visitation with the family will take place in Founders Hall on Wednesday from 4:00PM until the time of the service.