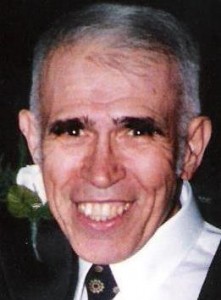 Edward Koker passed away at his residence on Saturday, October 25, 2014.

He was born on October 27, 1922 to Benjamin and Leona (Zajkowski) Koker.  He was educated inKenoshaschools, attendingLincolnand graduating fromKenoshaHigh School.  Edward served in the U.S. Army during World War II and was stationed in the Pacific Theatre. Upon returning from the war, Edward moved toRacineand worked at Jacobsen Manufacturing.  He retired in 1984.

Edward was preceded in death by his parents, 5 brothers, (Walter,Benjamin,Leon, Michael, and John), and a sister (Ann).

The family would like to thank the staff at Casa del Mare and Hospice Alliance.