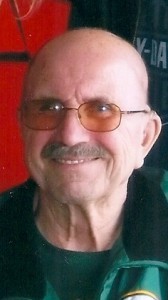 Edward was born on April 28, 1932 to the late Alex and Frances (Wygowski) Wozniak inRacineWI. He proudly served his country in the Marine Corp from 1952-1955, serving inKorea. On June 18, 1972 he married Karen Eberhardy.

Edward was an avid Packer, WI Badger and Racine Raider fan. He enjoyed drum and bugle corps shows. Edward was on the Iwo Jima Float each 4th of July parade inRacine in the 60’s. He enjoyed annual Kentucky Derby trips with friends. He also enjoyed waterskiing, boating and playing

cribbage. He spent 6 months yearly inGeorgiawith family. Edward was a member of the VFW in Racine and Georgia.

Edward was preceded in death by his parents, his wife Karen, and his brother Ray.

The family would like to thank the staff from Boland Hall at the VA,BurlingtonHospitaland Aurora Hospice.

A short memorial service will be held on Wednesday September 18, 2013 at 11:00AM at the Southern Wisconsin Veterans Memorial Cemetery chapel. In lieu of flowers, memorials to the family would be appreciated.