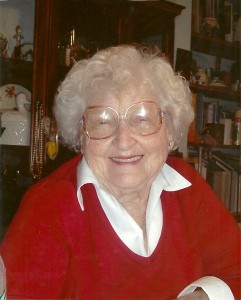 Born on August 28th 1923 inCusterWI she was the daughter of the late Felix and Josephine (Peplinski) Lukasavitz.

She served in the US Army.

She was employed for many years at Delco where she would retire.

She was a very proud veteran, and was the first female Post Commander of American Legion #434. She paved the way for other women to serve as well. She participated in the 2011 Honor Flight toWashingtonDCand also served on a National Committee for the Women’s Military Memorial. She also dined with former Vice President Al Gore in that capacity. She was very patriotic and a proud American.

She also loved gardening and bird watching. She was a huge fan of the local Humane Societies.

She was preceded in death by her parents; her husband in 1973; one sister Catherine Salaja and two brothers James andArnold.

Thank you to some very special people, that made a difference in Dorothy’s life.

Incredible friends for 45+ years.  What more can be said!

Also, a special thank you to Eilene Wilson for all you were and all you did from your friendship, the famous Honor Flight,

Washington DC and everything you have done.

In lieu of flowers, memorials would be appreciated.

The family of Dorothy would like to extend their heart felt thanks to Dr. Vinodkumar Shah as well as the staff at Wheaton Franciscan (3 south) for their compassionate loving care.