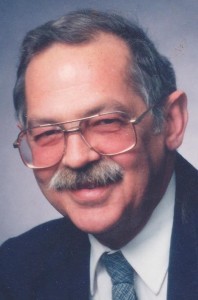 Donald attended Racine Catholic schools, UWM and graduated from Carthage College. He worked as a biologist at SC Johnson for 32 years.

As a young man he was involved with Big Brothers and played Santa to many families, both in Kenosha and Racine. Most recently he was VP-Entertainment of the Racine German Club.

He is preceded in death by his Mother and Father, 2 sisters and 2 brothers.

He was an avid gardener and really enjoyed his greenhouse.