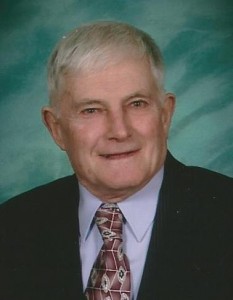 He was educated in the schools of Bristol and Kenosha, graduating from Mary D. Bradford High School in 1949.

Delbert was self employed as an area farmer for most of his adult life and was part of Kenosha’s farmers markets for many years, beginning at the age of 7 with his father. He also spent time trapping mink and muskrats (as well as the occasional skunk) as a young man. Known as “The Popcorn Man” for many years, Delbert began attending farmers market on a regular basis in 1960 and enjoyed talking with the customers and the other farmers. He retired from farming in the fall of 2013 after which he enjoyed spending time with family, taking a trip to Iowa to see where the guys from American Pickers “hide their stuff” and visiting with friends and neighbors. Everyone loved and respected Dad for the way he treated everyone he encountered and how he lived his life. He stayed true to his principles while treating everyone with kindness and love.

He is preceded in death by his wife, Iris Benedict and his daughter Susan Valentine.

Funeral services will be held on Saturday September 27th 2014 at 2:00PM at Wesley Chapel United Methodist Church, 10239-136th Avenue. (HWY U) in Bristol. Visitation with the family will be on Saturday at the church from 11:00AM until the time of services. Burial will follow at North Bristol Cemetery on HWY 50. All of Delbert’s friends who would like to drive a tractor in the procession from the church to the cemetery are welcome and encouraged to do so.