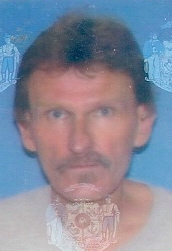 Dean was born August 26, 1961 to Robert and Irene (Ysenga) Preiss. He was educated in the schools of Kenosha. He made his living as a food delivery driver and was a big fan of baseball.

Dean is survived by his mother Irene and his sister Lori of Kenosha and by many other relatives and friends.

He was preceded in death by his father.

Private services for Dean have been held.