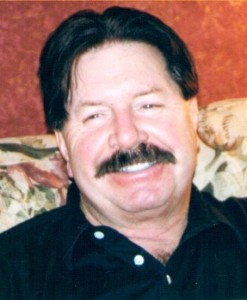 David was born on January 6th, 1945 in Kenosha WI. He was the son of Leo and Louisa (Nelson) Haarstick. David graduated from Mary D. Bradford class of 1963.

At a young age he raced bicycles nationally and won many awards. Dave was a member of the Knights of Columbus and our lady of Mount Carmel Parish. He was married in 1967 to Susan Pascucci. They had one child, Jayna (Haarstick) Covelli and they divorced in 1971.

Dave had an avid passion for cars. He owned and operated ‘Dave Haarstick’s Body Shop’ for over 30 years. In August of 1997 he retired after the city of Kenosha bought the property. Dave enjoyed spending quality time with his family and friends. He never missed a function or sporting event that his daughter or grandchildren participated in.

In his retirement years Dave was involved in several clubs and attended various car shows. His pride and joy was his Ford 1923 T-bucket which he would be seen driving around town in the warmer months.  Dave also enjoyed traveling and taking trips. His favorite place was going to Flordia to watch the Daytona 500 Nascar races.

Dave will be deeply missed by his daughter Jayna Covelli; His two sisters Janette Haarstick and Elaine (Butch) Metoxen, His two grandchildren Brittani & Anthony Covelli; And his two great grandchildren Juliana & Frankie Alfano. He will also be missed by many nieces, nephews, cousins and his beloved dog Guido.

Dave was preceded in death by his father Leo Haarstick and his mother Louisa Haarstick.

A Mass of Christian Burial will be celebrated on Friday February 20th 2015 at 10:30AM at Our Lady of Mt. Carmel Catholic Church. (1919-54th Street) Visitation with the family will be on Friday at the church from 9:00AM until the time of mass. Burial will follow at St. George Catholic Cemetery.