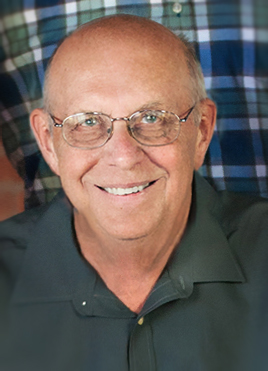 Born in Kenosha on December 28, 1937, he was the son of the late Chester C. and Lorraine C. (Munson) Bostetter. A lifelong resident of Kenosha, he was a graduate of Bradford High School.  He attended Lake Forrest College.

On December 27, 1961, he married the love of his life, Barbara Casey, at St. Thomas Aquinas Catholic Church.

A veteran, he served in the Wisconsin National Guard and was in active service in 1961-62 due to the Berlin Crisis.  He worked for Jewel Food Stores for 36 years as a butcher, store manager and meat department manager.  He was a member of St. Elizabeth Catholic Church.  He was in America Legion Post 552 in Somers where he served two years as Post Commander.

Chuck enjoyed fishing, golfing, and rooting for the Packers and his beloved Chicago Cubs.  He loved spending time with his six grandchildren at home or at their many events.  He loved family vacations up north when his kids were young and more recently with his daughter and her family at their family cabin in Rhinelander.  He frequently visited his son and his family at their home in Texas.

He was a tremendous caregiver who took loving care of Barbara as she battled multiple sclerosis for 34 years.

A Mass of Christian Burial will be celebrated on Monday, June 27th, 2022, at 1:30PM at St. Elizabeth Catholic Church in Kenosha. (4816-7th Avenue) Visitation where all are invited to join the family to celebrate memories and toast Chuck on Sunday, June 26th, 2022, from 4:00PM until 6:00PM, at the Kemper Center Founders Hall. (6501-3rd Avenue, Kenosha) Visitation also at the church at 1:00PM on Monday until the time of mass. Burial will follow at St. George Catholic Cemetery.