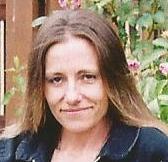 Carrie was very creative and enjoyed writing and drawing and photography. She was fond of horses; rescued several dogs in her lifetime, and loved her cats. Carrie’s greatest joy was spending time with her family.

Carrie was preceded in death by her mother Joan in 1992 and by her brother Wayne in 2011.

A Memorial service will be held on Monday August 11th 2014 at 10:00AM at the Kemper Center Founders Hall. (6501-3rd Avenue) A time for visiting with the family will be held at Founder’s Hall from 9:00AM until the time of the service.

Carrie’s family would like to thank Ginger Helgeson and Randy Reed for their kindness and caring.