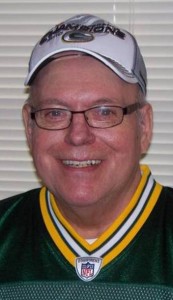 Allen was born on November 17, 1943 in Kenosha to the late Albert and Marguerite (Fitchett) Kelps. He graduated from St. Joe’s the first class to go all four years. He also graduated from the U.S. Army School of Music and served his country in the U.S. Army. Allen was a member of the Fifth Army Band, then known as “The President’s Band”. On October 5, 1974 in Kenosha, he married Charlotte Hansche. Allen was a lifelong resident of Kenosha. He was employed by G. Leblanc Corporation.He was a lifetime member of ARMM (Association of Retired Military Musicians). Allen was an avid Packer fan. He enjoyed watching sports and spending time with his grandchildren. He loved golf and bowling, often going with his father. Allen played the saxophone and clarinet and was at one time a member of the Kenosha Pops and several local dance and wedding bands.

Allen was preceded in death by his parents and grandparents.

Funeral services will be held on Saturday July 28, 2012 at 11:00 AM at the Kemper Center’s Founders Hall. (6501 3rd Avenue) Visitation with the family will be on Saturday at Founder’s Hall from 9:00 AM until the time of services. Patti Fitchett will be officiating. Entombment will take place at All Saints Catholic Mausoleum.