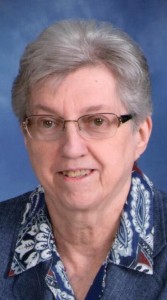 Alice was born July 29th, 1935 in Garfield WI to Albert and Ella (Klatt) Steinke. She was educated in the schools of Augusta WI and on September 9th, 1961 in Bridge Creek WI, she was united in marriage with Arnold Zillmer at St. Johns Lutheran Church. The couple moved to Kenosha in 1963 and Alice was a homemaker who took great pride in her home and family. She and her husband enjoyed traveling together, but her greatest joy in life came from being with family, especially her beloved grandchildren.

Alicewas a long time member ofMt.ZionEvangelicalLutheranChurchwhere she enjoyed singing in the choir and volunteering with the Altar Guild. She was also a very active member of Women In Christian Service (W.I.C.S.) and served for many years as their treasurer.

Alice is survived by her husband Arnold, her son Mark and her daughter Paula Carson, all of Kenosha, as well as her two grandchildren, Ariel and Kyle Carson. She is further survived by a sister Deloris Steinke of Augusta.

Preceding her in death were her parents, six brothers, Roger, Lester, William, Arthur, Howard and Norman, and her sister Harriet as well as her son-in-law Trent Carson.

Funeral services will be held on Wednesday February 11th 2015 at 11:00AM at Mt. Zion Evangelical Lutheran Church in Kenosha. (corner of 60th Street and 37th Avenue) Visitation with the family will be held on Wednesday at the church from 9:30AM until the time of services. Burial will take place on Tuesday February 17th 2015 at 12:00 noon at St. Johns Hay Creek Cemetery in the Town of Bridge Creek.