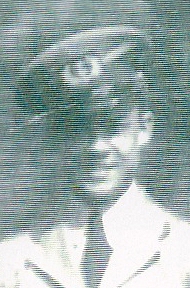 Albert Marcinkus, age 85, resident of Kenosha, died Friday, August 30, 2013 at the Hospice House in Pleasant Prairie. Born on February 29, 1928 in Chicago IL, he was the son of the late John and Emily (Rakowski) Marcinkus and was educated in the schools of Chicago. He entered the Merchant Marines as a young man and proudly served in the U.S. Marine Corps. On November 19, 1949 he married Loretta Kvietkus. He was employed in management for Sears, Montgomery Wards, and JC Penney. He was also employed as a supervisor for JI Case and then was employed by AMC/Chrysler, where he would eventually retire. During his retirement he worked as a crossing guard. He is survived by three sons; Robert (Susan) Marcinkus of Pleasant Prairie; Steven (Mary) Marcinkus of Pleasant Prairie; and Michael Marcinkus (Tracie Parker) of Kenosha. He is further survived by eight grandchildren and one sister, Virginia Wicus, of Prescott, AZ. He was preceded in death by his parents, his wife in 2011, one son Jeffrey (Ann) Marcinkus in 2012, and a sister Albe Zdanis. Private services will be held. In lieu of flowers memorials would be appreciated.