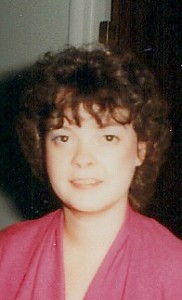 Abby Skelton Kennedy, 60, of Kenosha peacefully passed on to be with God on Sunday, April 7, 2013, in her home. She was the loving daughter of Thomas Graddy Kennedy and Melba Skelton Kennedy of Kenosha.  Abby was a very special person, full of love and laughter, who made everyone she came into contact with feel special.

Abby traveled extensively, living in Connecticut, Tennessee, and Atlanta, Georgia. Abby ended her career to return to Kenosha to take care of her elderly parents. This was a selfless choice easily made, as this was her loving character. She enjoyed walking the grounds of Kemper Center where she studied as a child.  She took great delight in visiting historical sites throughout the city of Kenosha.

Abby was a very strong willed woman who brought a little bit of sunshine to everyone she knew.  She was known for her smile and cheerfulness and never missed wishing everyone she worked with a pleasant day.  She enjoyed colorful flowers, growing orchids, and antiques.

She was a special person to her nieces and nephews whom she showered with advice, kindness, and love. She would listen attentively to the youngest of us and would always have a kind and encouraging thought to share.  She encouraged independent thinking and was always willing to debate, if never argue, the politics of the day. She always had an ear to lend for support to whom ever needed it.  She will be greatly missed but never forgotten.

She was preceded in death by her parents and two brothers, William (Bill) Kennedy and Winfield (Scott) Kennedy. She is survived by her brother Thomas Graddy Kennedy III of Roanoke, Virginia and her sister, Sarah Skelton Kennedy of Menomonie, Wisconsin, as well as numerous nieces and nephews and her beloved God Daughter Synneva Louise Mcalister who all loved her dearly.

Funeral services will be held on Saturday, April 13th, at 11:00 a.m. at St. Matthews Episcopal Church.  Visitation will be from 9:00 a.m. until the time of service.  Fr. John Allen will be officiating. Interment will be at a later date in the family Cemetery in Ft. Mitchell Kentucky. In lieu of flowers please make donations to St. Matthews children’s fund.